What about the Carers?

Here at Surrey Healthcare Clinic, we not only work with sufferers of mental health issues but also their loved ones and carers. We recognise that they can also need care. The SHC team offers support for the carers in order to cope with the challenges of caring for a loved one with mental health issues.

It is Eating Disorders Awareness week from 2nd – 8th March. Each year has a theme that focuses on fundraising. This year BEAT – the UK’s eating disorder charity – is not just focusing on raising awareness for those suffering from an eating disorder, but also for those who love and care for them and whose lives are also seriously affected. 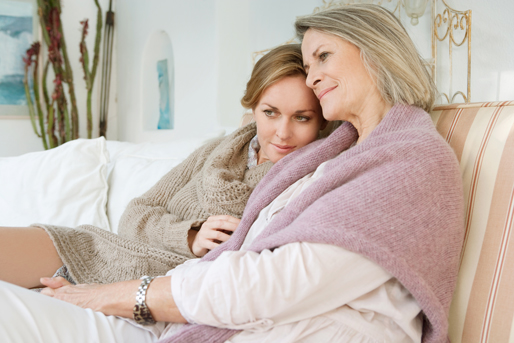 It is estimated that 1.25 million people are currently living with an eating disorder in the UK. Standing beside them, in support, are family and friends who also regularly struggle to cope. BEAT has estimated that this number may be a total of five million.

Whilst in many areas of the country adolescents are now seen fairly quickly for an assessment if they are thought to be developing an eating disorder, the wait for adults can be very long indeed. Especially if they suffer from an Atypical Eating Disorder and their weight is considered to be within a “healthy range”. The impact on both sufferers and the people who love them or live with them is significant.

Agnes Ayton is the chair of the Eating Disorders faculty of the Royal College of Psychiatrists.  She recently said that she thinks we are looking at a “hidden epidemic”. 2007 was the last time the Royal College of Psychiatrists looked at this. They found that 6% of the population screens positively for Eating Disorders. We can assume that as referrals have increased during this time, the percentage of the population suffering may also have done so.

Services have seen a significant increase in referrals in recent years. This needs to be viewed in context. We estimate that almost 80% of people fail to ask for help due to the shame and fear they feel for suffering from the illness in the first place. By the time a person asks for help, they are often very unwell and the impact on their loved ones has already been considered. They will also have lived with the illness for some time.

The fights that ensue and the trauma of watching a child fading in front of your eyes is deeply traumatic.

In 2019, 19,000 hospital admissions were made for Eating Disorders. This has trebled since 2010. Many of these were admissions to a general hospital for medical stabilisation. There are only 400 adult eating disorder treatment beds for specialist treatment available in the country. This means that the responsibility of care for those who are both mentally and physically unwell falls to their loved ones all in the knowledge that eating disorders have a higher mortality rate than any other psychiatric illness affecting adults. The strain on the carer takes its toll and carers can develop mental health issues themselves.

Thankfully the picture for children and adolescents is generally somewhat better. Although still area dependant, in Surrey we are particularly lucky with the NHS services that are available. However, the treatment for adolescent eating disorders can place a lot of pressure on families. It heavily relies on parents to deliver the treatment whilst supported from behind by a treatment team. Inevitably the team is not available 24 hours a day.

The care is provided by families on this basis, often without relief, sometimes for months and years at a time. Parents sometimes stop work or reduce their work hours to deliver care. Sometimes to a child who does not recognise it is unwell and who is angry that it is being made to eat, or not allowed to purge. The fights that ensue and the trauma of watching a child fading in front of your eyes is deeply traumatic and parents understandably feel anxious. Some parents become depressed and some develop post-traumatic stress symptoms as a result.

Our entire healthcare system needs to get better at supporting both the sufferers and the carers. Here at Surrey Healthcare Clinic, we do our best to do both.